My co-worker and good friend Sarah has recently completed a trip to the United States.  Unfortunately, thanks to the sterling work of Spirit Airlines, she returned with only the clothes she was wearing and without her weightlifting gear.  She is, not unreasonably, just a little miffed. 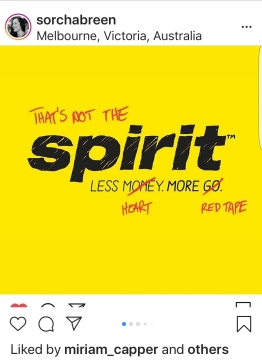 Long time readers may recall that I posted a note on Nicol v Air Maroc, a decision from the High Court of Sierra Leone in which an airline’s liability for the costs of lost luggage was explored.  No doubt, if all else fails, suitable litigation under the Warsaw Convention will set things to rights.  But this got me thinking: “I’m an old-fashioned sort of solicitor.  Is there an old-school way of dealing with this?”

There is, and it comes to us out of a foggy night on 5 April 1900, just off of Table Bay in South Africa.  The SS Winkfield, a troopship, collided with SS Mexican, a ship carrying passengers, freight and mail.  No lives were lost, but a quantity of mail went down with the Mexican.

The English Court of Appeal (Collins MR, Stirling and Mathew LJJ) stated decisively that the Postmaster, being possessor of the mails, had a perfect right to sue for their loss.

[T]he root principle of the whole discussion is that, as against a wrongdoer, possession is title.  The chattel that has been converted or damaged is deemed to be the chattel of the possessor and of no other, and therefore its loss or deterioration is his loss, and to him, if he demands it, it must be recouped.

The Court also made an observation which would be on point for my friend Sarah if Spirit Airlines find they cannot come up with her belongings in a timely way.

[T]he obligation of the bailee to the bailor to account for what he has received in respect of the destruction or conversion of the thing bailed has been admitted so often in decided cases that it cannot now be questioned.

Loss of baggage by an airline being determined by case law from before the age of flight?  Sounds like fun to me!

He wasn’t the first.

In 1914 or 1915 Mr Maung Dwe of Burma captured an elephant and trained it to work. About six months later he sold it to Mr Maung Sin, for whom it worked until 6 June 1917 when it became lost in the jungle. The creature appears to have joined with a herd of wild elephants. In June 1918 it was recaptured by Mr Maung Shwe. He found it was able to be put to work very soon thereafter. Sin sued successfully for recovery of the elephant. The defendant appealed to the Lower Burma Chief Court.

Higinbotham J took his bearings from Halsbury’s Laws of England, vol.1 ¶¶798–799. According to Halsbury a person can have only “qualified” property in a wild animal.  If a wild animal escapes to its former liberty, the ownership is lost.  He continued –

Elephants are animals which, though by nature wild, are peculiarly amenable to training and quickly become tame. If any such tame and trained ani­mal should go off with a wild herd of other elephants and remain at liberty so long that when recaptured, it had to be dealt with and trained as if it were a wild animal, which had never before been tamed and trained, I think it would be correct to say that it had reverted to its natural state and was in fact a wild animal.  In such case, the former owner would have lost all property to it.  But if on recapture it was found to be tame and could be put to work again almost at once, I think it would be incorrect to say that it was a wild animal.

In this case the recaptured elephant had been returned to work in a very short time and appeared trained.  It followed that it was not a wild animal when recaptured and so Sin remained the owner.

Watching Bob the Builder is not an adequate substitute for having a construction industry White Card.

On the weekend of 13-14 September 2014, 16 year old Alex Hayes entered a construction site in Kentucky with some friends.  They consumed whiskey and marijuana.  A little after 1am they began to leave.  Alex climbed onto a piece of equipment, started it and began to drive it up a floodwall.  The machine tipped over and caused severe injuries to his right leg.  Hayes’ parents sought compensation on his behalf from the the property developer and its construction contractor.

It was common ground that Alex was trespassing at the time of the accident.

The rigour of this provision is moderated by Kentucky’s doctrine of “attractive nuisance”.  This doctrine says that a landowner is liable for harm to children trespassing on land, if that harm is caused by an artificial condition on the land and if –

The Supreme Court dismissed the appeal.  It was noted that Alex was licensed to drive a car, that he was an average high school student, and that earlier in the evening he had taken steps to prevent one of his friends injuring himself on a machine.

Although we no longer adhere to a strict age cutoff, e.g., children under fourteen years of age, a child must be unable to appreciate the risk involved in intermeddling with the condition. The evidence in this case clearly demonstrates that Alex not only was capable of appreciating but also in fact did appreciate the risk of operating a piece of heavy machinery.

As a result, Alex was not entitled to rely on the attractive nuisance doctrine.

Nobody asked the tree what it thought about the matter.

In about 1930 a catalpa tree began to grow in the Washington Park neighbourhood of Denver. Eighty years of subdivisions and land transfers later, the tree was on the boundary of blocks owned by the Loves and the Kloskys (sadly, the case does not disclose that the blocks were called Blackacre and Whiteacre, which would have been rather cool). Specifically, 74% of the trunk was on Klosky’s land and 26% on Love’s land. The tree dropped leaves, braches and seed pods on both properties. Klosky decided to cut the tree down. Love objected and obtained a restraining order pending an injunction preventing Klosky felling the tree.  The Loves’ application was dismissed by the Denver District Court, although in words many garden lovers would understand  Judge Hoffman said –

[T]he law often requires me [to] do things I don’t want to do. If I [were] the emperor of Washington Park, I would, I would order this tree not cut down. It’s a beautiful tree, it’s a great tree. But that’s not my role. I’m not the emperor of Washington Park. I have to follow what I think the law is, and my conclusion is that the Loves have not met their burden of proof.

The Supreme Court considered its earlier decision in Rhodig v Keck, 421 P.2d 729 (Colo., 1966). Rhodig was found to have embraced the very old English case of Masters v Pollie, 2 Rolle 141; 81 ER 712 (Kings Bench, 1620). That case had found that in a case like the present, where the tree encroached on anothers property, the tree belonged to the owner of the land where the tree was planted. Rhodig had added a gloss that where such a tree had been jointly planted, jointly cared for, or treated as a boundary between properties, it could become joint property between the neighbours. This was not the case here. There being no case for overturning Rhodig, Klosky was entitled to remove the tree.

Supreme Court of the United States

Facts: In 1976 a grant of land in fee simple was made by the respondent to Marvin and Lulu Brandt. The land was granted subject to the rights which had been granted to the operator of the Laramie, Hahn’s Peak & Pacific Railway (railway). The rights in question consisted of a right of way granted to the railway in 1908 under the General Railroad Right-of-Way Act 1875 (43 U.S. Code §934) (Act). In 2004 the railway operator formally abandoned the right of way and removed the railway tracks.

1. A grant to a railway operator under the Act grants only an easement and not a fee interest.

2. If the beneficiary of an easement abandons it, the easement disappears. The landowner then resumes a full and unencumbered interest in the land. Hence, when the railway operator abandoned the right of way, the easement terminated and Brandt’s landed ceased to be burdened by it.

Per Sotomayor J, dissenting, that the key issue in this case is defeasibility of title, which was not raised by Great Northern Railway v US. Railroad rights of way are a sui generis form of property rights, made on an implied condition of reverter.

The court’s judgment is available here.