Even a small tax can cast a long shadow (British North America in the 1770s, for instance).  A nineteenth century tax recently reverberated in a win for Chile in the International Court of Justice.

In February 1878, the Bolivian government imposed a (possibly unlawful) tax on the Chilean mining company Compañía de Salitres y Ferrocarril de Antofagasta which was operating in its territory.  The resulting War of the Pacific went badly for the Bolivia and its ally, Peru.  The subsequent Treaty of Peace and Friendship of 1904 resulted in Bolivia ceding its coastal territory to Chile, making it a landlocked country.  The matter remains a sore point in Bolivia.  In 2013 that country applied to the International Court of Justice for a finding that Chile was obliged to negotiate with Bolivia “in order to reach an agreement granting Bolivia a fully sovereign access” to the Pacific Ocean.

The Court’s decision was given on 1 October 2018.  The court noted as an initial point that –

While States are free to resort to negotiations or put an end to them, they may agree to be bound by an obligation to negotiate. In that case, States are required under international law to enter into negotiations and to pursue them in good faith. As the Court recalled in the North Sea Continental Shelf cases, States “are under an obligation so to conduct themselves that the negotiations are meaningful, which will not be the case when either of them insists upon its own position without contemplating any modification” …. Each of them“should pay reasonable regard to the interests of the other”.

The point might be usefully remembered in negotiations of any sort.

In the matter at hand, the Court did not consider that any of the bilateral agreements relied on by Bolivia required Chile to negotiate access to the sea.  Equally, Chile’s unilateral statements of general goodwill regarding negotiations did not create a legal obligation (sample text: “the policy of the Chilean Government has unvaryingly been a single one: to express its willingness to give an ear to any Bolivian proposal aimed at solving its landlocked condition”).

Interestingly, the court also found that the United Nations Charter did not assist Bolivia.  While the Charter provides that “[a]ll Members shall settle their international disputes by peaceful means in such a manner that international peace and security, and justice, are not endangered”, the Court said

This paragraph sets forth a general duty to settle disputes in a manner that preserves international peace and security, and justice, but there is no indication in this provision that the parties to a dispute are required to resort to a specific method of settlement, such as negotiation. Negotiation is mentioned in Article 33 of the Charter, alongside “enquiry, mediation, conciliation, arbitration, judicial settlement, resort to regional agencies or arrangements” and “other peaceful means” of the parties’ choice. However, this latter provision also leaves the choice of peaceful means of settlement to the parties concerned and does not single out any specific method, including negotiation. Thus, the parties to a dispute will often resort to negotiation, but have no obligation to do so.

Relevant to matters involving other international bodies, it was also not significant that Chile had voted in support of resolutions by the Organization of American States recommending the two countries negotiate over the issue: “Chile’s participation in the consensus for adopting some resolutions therefore does not imply that Chile has accepted to be bound under international law by the content of these resolutions.”

On 31 August 2015 a traveller booked an air ticket from Freetown to Tel Aviv. The airline mis-tagged his luggage which was lost en route. He bought replacement clothing in Tel Aviv during his stay from 9 to 21 September 2015.

The traveller sued for general and special damages in the High Court of Sierra Leone. The court found that the Warsaw Convention 1929 had been given statutory force in Sierra Leone in 1968 and so strict liability applied.

The plaintiff claimed (inter alia) special damages in the form of the cost of replacing clothing and personal effects lost with his luggage.  He particularised his loss at $500 USD.  He was not able to produce receipts or other evidence.  The defendant argued that absence such proof the claim should be rejected, citing Jaber v Basma (1952) 14 WACA 140.  The Court disagreed:

[It] has been proved that the Plaintiff lost his luggage whilst in the custody of the Defendant and that he stayed in Tel Aviv for a period of 12-13 days without receiving it. In such a situation one need not be a magician to conjure that the Plaintiff would need to buy clothes and related items for his daily use. … Counsel for the Defendant has argued that since the loss had not been specifically proved, the claim must not be countenanced by this Court. My response to that submission is to ask whether it would serve the interest of justice to do so? It has not been disputed that the Plaintiff stayed in Tel Aviv for 12-13 days without his luggage and as such the Plaintiff must have procured some clothes to use. It will be most unreasonable to believe that he used the clothes he traveled in for that period. In the circumstance, I hold that the Plaintiff is entitled to special damages based on the special circumstances of this particular case.

Twenty-five per cent interest was ordered to be paid on the special damages from from 10 September 2013 to the date of judgment.

Douglas Adams has one of his characters say ‘I’ve seen the future. It’s the same as the present, but with better gadgets’. This also applies to breaches of the laws of war.

An investigation into the causes of the downing of flight MH17 was carried out by the Dutch Safety Board (DSB)…. The report of the DSB has revealed that the aircraft was shot down with a missile launched from a BUK-installation from the territory of Ukraine in an area that was under the effective control of separatists…. The Joint Investigation Team announced on 24 May 2018 its conclusion that the BUK-installation belonged to the Russian Federation Army’s 53rd Anti-Aircraft Missile Brigade.

Based on these facts, Australia and the Kingdom of the Netherlands consider that the Russian Federation, through its role in the downing of flight MH17 on 17 July 2014, has breached several obligations under international law …. That responsibility gives rise to legal consequences for the Russian Federation to …[p]rovide Australia and the Kingdom of the Netherlands full reparation for the injury caused by these internationally wrongful acts.

It remains to be seen whether reparations of any sort will be forthcoming, although under the ‘bearish’ United Russia government one would not be hopeful. That said, a long-ago international case might give room for hope.

In the early Twentieth Century Russia and Japan went to war. To bolster its Pacific fleet, the government of Tsar Nicholas II dispatched part of its Baltic fleet around the world. The fleet was commanded by Admiral Zinovy Rozhestvensky, although early on he seems to have relinquished command to the Three Stooges: before the fleet had left European waters – and despite being 20,000 miles from Japan – it had fired on Danish and German fishing boats and merchant vessels from Sweden and France, believing all of them to be Japanese warships, carefully navigated a non-existent minefield, and observed Japanese military balloons (apparently the Three Stooges brought along some hallucinogenic drugs).

Farce turned to tragedy on the night of 21-22 October 1904 when the fleet encountered a group of British trawlers, concluded that they were Japanese torpedo boats and opened fire. One trawler was sunk and four others damaged. Two fishermen were killed and six were wounded (one of whom later died of wounds). Presumably for comic relief, the Russian fleet also concluded that two of its own cruisers were Japanese warships and opened fire on them as well.

An International Commission of Inquiry was established to investigate the incident. Its ruling concluded that

[T]he vessels of the fishing fleet did not commit any hostile act, and the majority of the commissioners being of opinion that there were no torpedo boats either among the trawlers nor anywhere near, the opening of fire by Admiral Rojdestvensky [sic] was not justifiable. … [However] Admiral Rojdestvensky personally did everything he could … to prevent trawlers, recognized as such, from being fired upon by the squadron. … Nevertheless, the majority of the commissioners regret that Admiral Rojdestvensky, in passing the Straits of Dover, did not take care to inform the authorities of the neighboring maritime powers that, as he had been led to open fire near a group of trawlers, these boats, of unknown nationality, stood in need of assistance. 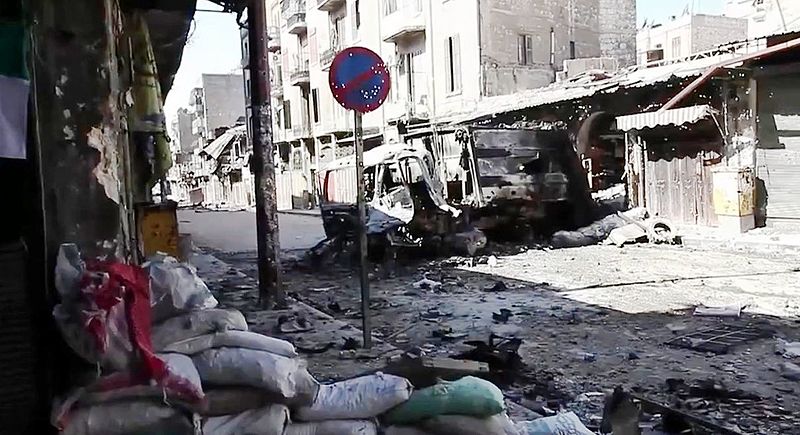 Lawyers are practical people. Most would consider the laws of war an obscure field far removed from daily practice. A recent Swedish case suggests familiarity with that area could be useful in countries with high refugee intakes from recent conflicts.

Mohammad Abdullah entered Sweden as a refugee from Syria in 2014. Other Syrians in Sweden noticed a photograph on his Facebook page showing him posing in army fatigues with his boot on the body of a dead man.

Sweden invoked “universal jurisdiction” over the matter.  Proceedings were commenced in Stockholm District Court. Abdullah was charged with breaching Art. 3(1)(c) of the Third Geneva Convention –

In … armed conflict not of an international character … members of armed forces … placed hors de combat by … any … cause, shall … be treated humanely …. [T]he following acts are … prohibited: … outrages upon personal dignity, in particular, humiliating and degrading treatment.